My daughter-in-law Sarah mentioned that she had seen a baby at Plunket wearing this cute little "Bandana type bib"
I had not come across these before .... however, a quick search on Uncle Google & I managed to find a free pattern to try 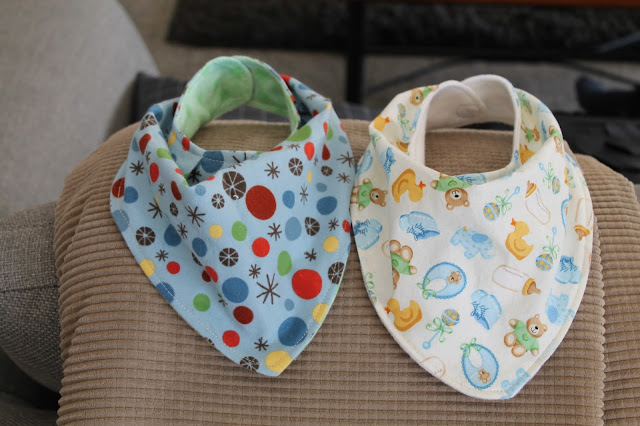 These two were my first attempts & they were for little Alec, my grandson 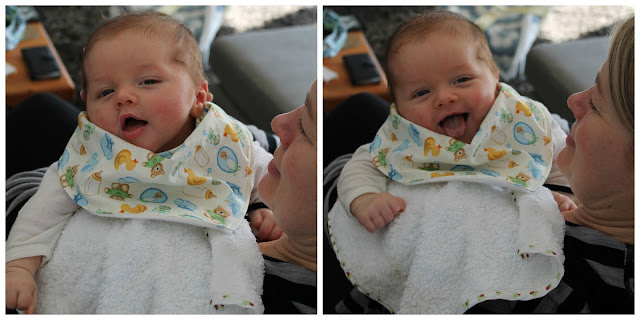 Although he turns 9 weeks old today, they were just a fraction on the large size for him ... but he was most happy to model them for me during my visit yesterday 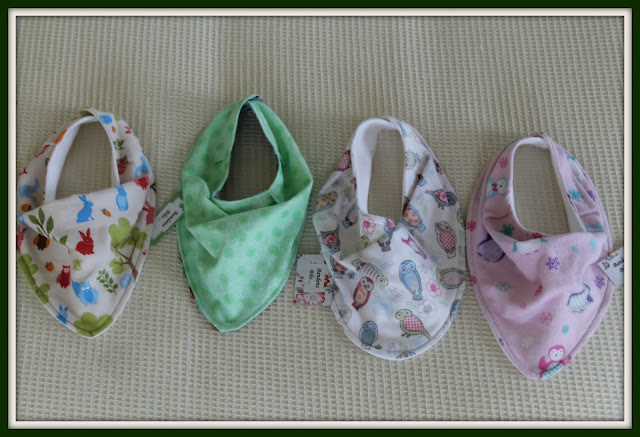 I used soft flannelette on the outsides & then a thinner polar fleece on the underside ... 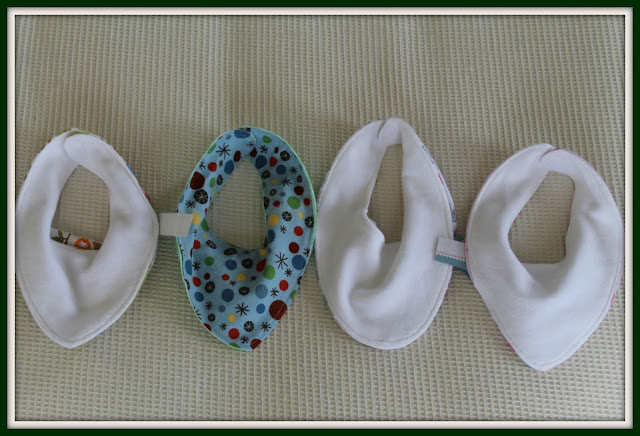 ... or you can also use towelling.  Although the pattern suggests using a snap fastener at the neck, I preferred to use the velcro dots I had ... I liked the idea of this being softer to lay on than a button or a fastenener
If you would like to give them a try, you can find the pattern here

When I did my Cottage revamp I left a large blank space on one wall. I had wanted to make some aprons for quite sometime but had nowhere to display them to do them justice.
Also I had often been asked by customers before "do you have any aprons?" 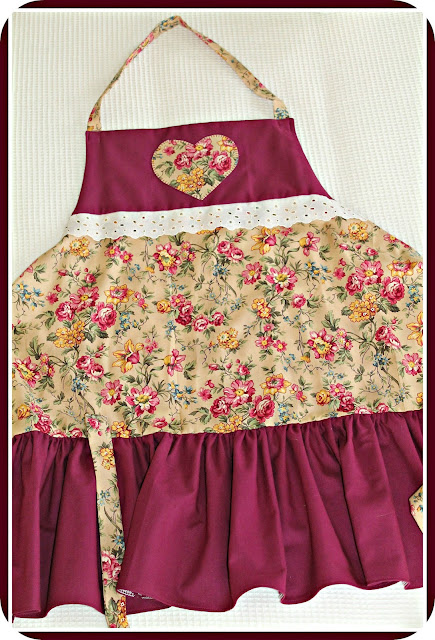 This was the first one I made ... I only had half a metre of this pretty floral fabric so had to find a contrast to mix-n-match.  Making these aprons was very much about using what I have in my stash, so I have had to be resourceful & think outside the square quite a bit 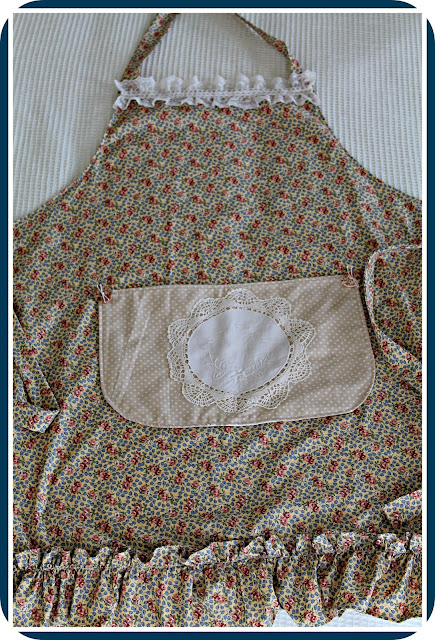 This was the second apron I made ... although I had more of this floral fabric, I still had to use a contrast for a large front pocket.  I plan to make four aprons in total so hope to be able to show you the last two in my next post.
I would also like to embellish some teatowels to compliment the aprons.

After I visited with my grandson yesterday I travelled on into Hamilton city.  I had wanted to go to Palmers Garden World as I had acquired some giftcards & one was due to expire if I didn't use it up.  I love Palmers - not only is their Garden Centre great but they have a lovely cafe & a large gift area also.
These are what I came away with .... compliments of my gift cards

I had hoped to be outside using my new secateurs & gloves today as I am waayyy behind with my pruning this year.  But it is a bitter wintery day here again & I am tucked up indoors with some "body parts" drying by the fire !!! 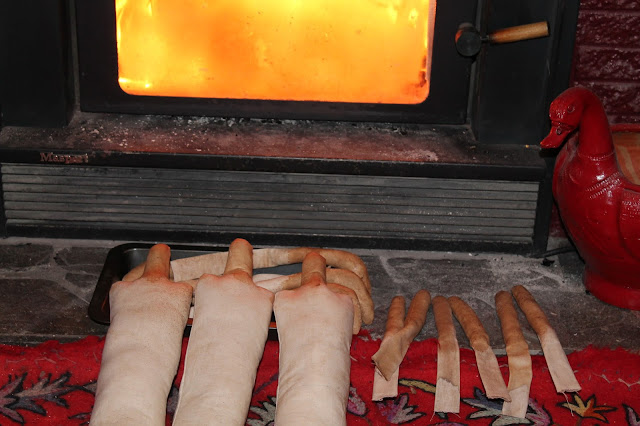 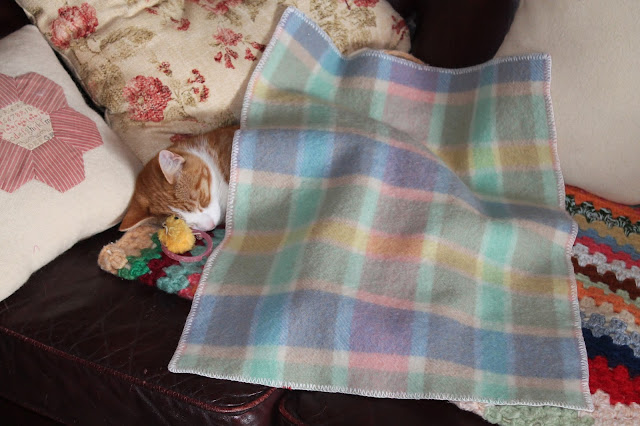 Have a wonderful week ahead dear readers,
hope you all manage to stay warm if you are in these wintery climates
thanks for your ever welcome visits today,
with much love,
Julie, Blackie & Pippi
x0x0x0

Julie
Hello - I'm Julie. I love family, home, my cats, gardening, crafting, baking, thrifting, growing things & making my own simple cleaning products. I hope you find something here that interests you - thanks for visiting my blog. 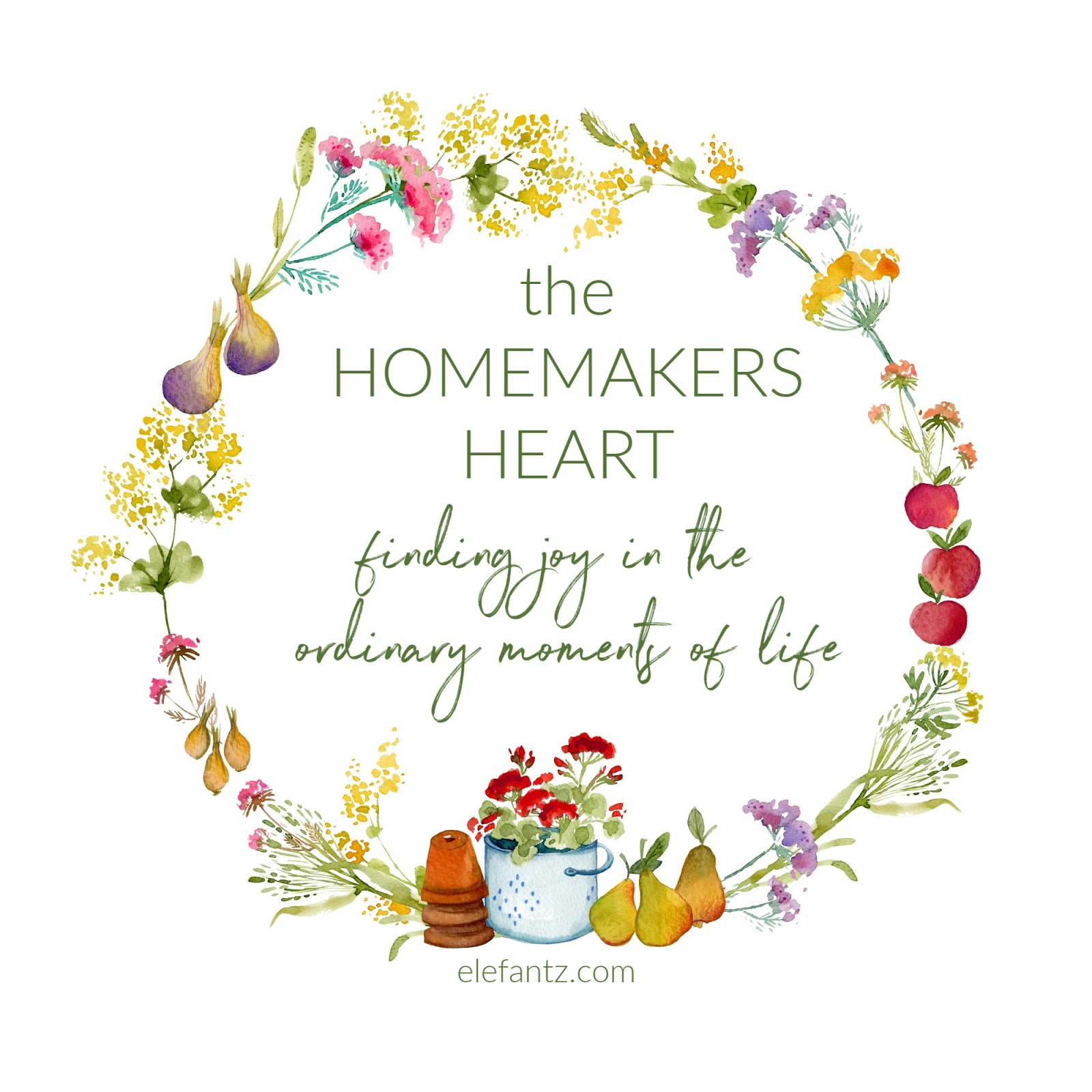 With Jenny of Elefantz